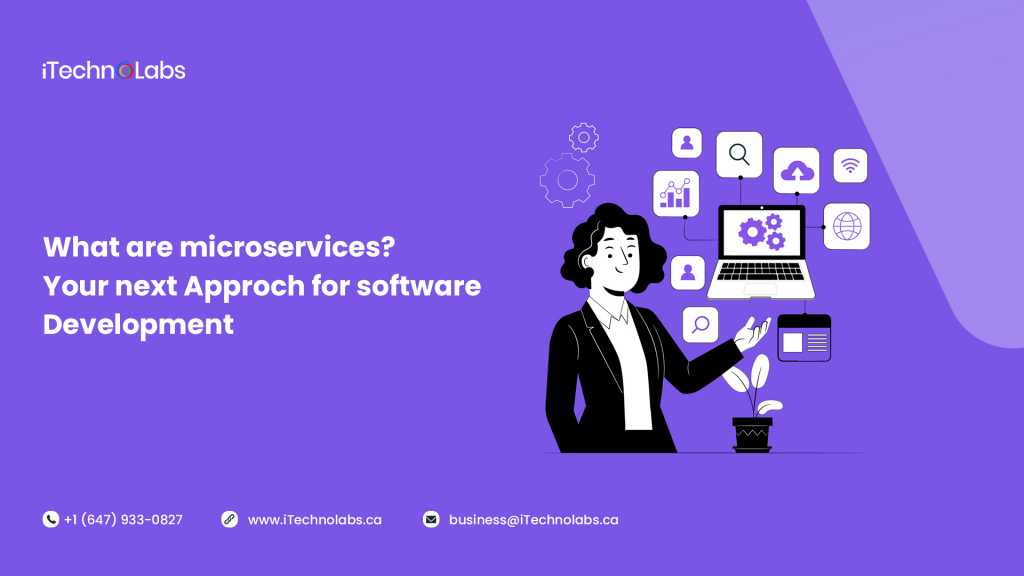 What are Microservices? Your Next Approach for Software Development

Microservices are small, discrete chunks of functionality which interact with other microservices to create a larger system. Almost all computer systems perform multiple tasks by using shared resources. Computer programming uses the concept of microservices where close bits of codes perform tasks tied to one another.

The way microservices are implemented makes them a natural foundation for modern cloud-based applications. Also, microservices dovetail with the DevOps philosophy, which encourages new functionality continuously and rapidly.

What exactly are Microservices?

The word ‘micro’ in Microservices tells us that these are small applications. A better way to think about them is that they should be only as big as needed to do one particular thing or solve a specific problem, keeping in mind that the problem should be conceptual, not technical. Microservices communicate with other microservices and outside users through comparatively stable APIs to create a larger application. As quoted by Microsoft, “Microservices should be designed around business capabilities, not horizontal layers such as data access or messaging”.

Thus, the internal functionality of an individual microservice can be radically upgraded without affecting the rest of the system which in turn ties with how DevOps shops seek to operate. If a part of a larger application’s particular functions is segmented out into discrete, independently operating pieces of code, it’s easier to live the DevOps strategy of CI/CD (Continuous Integration and Continuous Delivery). Moreover, well-developed APIs make Microservices easy to test automatically.

You may also like :  5 Things to consider before applying for a car loan

What are the Approaches to Start Developing Microservices?

When it comes to Microservices, there are two approaches for software development. The first one is ‘Design First’ and the second is the ‘Code First’ approach.

As hot a trend as it may seem and as advantages might seem strong enough to convince more and more enterprises to adopt the methodologies, but on the flip side, it does not come with its drawback. Let’s have a comparison between Monolithic and Microservice Architecture.

Everything you need to know about Monolithic Software

A monolithic application describes a single-tiered software application in which the user interface and data access code are combined into a single program from a single platform.

This type of architecture worked well for some time, but due to the increased need for continuous delivery, multiple issues are there for each model.

You may also like :  6 Tips for Preparing Expatriates for Foreign Assignment

So, in order to avoid such problems, Microservice architecture can be a saviour.

All you need to know about Microservice Architecture

Microservices are the software development technique that structures an application as a collection of loosely based couple services. Microservice provides opportunities for adding resiliency to the systems so that components can handle spikes and errors gracefully. Moreover, communications in microservice can be carried out without any effort as they are stateless and in a well-defined interface.

Containers are the underlying technology that has gone furthest towards getting microservices into the mainstream. A container is similar to a VM instance, but instead of including an entire self-contained operating system, a container is just an isolated user-space that makes use of the host operating system’s kernel but otherwise keeps the code executing inside of itself. Containers are comparatively easy to quickly deploy and are much smaller than VM instances, either locally or in the cloud, and can also be spun up and down to match demand and available resources. iTechnolabs is Software development Company that help you to create both large scale application while handling the bigdata using CI/CD pipelines methods.

You may also like :  Birth And Death Certificates In Indian Reorganization Act

The appeal of microservice is that each individual microservice can run in its own container, which cuts the overhead of managing services significantly. Most container implementations have complementary orchestration tools that automate the management, deployment, networking, scaling and availability of container-based applications. It is a combination of small easy-to-build microservices and easy-to-deploy containers that makes approaches for software development much easier and also makes DevOps philosophy possible. Several implementations of container concepts exist, but by far the most popular are Docker and Kubernetes as orchestration platforms.

Spring, while popular, is tied to the Java platform. On the other hand, container-based systems are polyglot, i.e. any programming language that supports the operating system can run in a container. This gives more flexibility to programmers and indeed is a significant advantage of microservice that each service can make the most sense to whatever language is written. A service could be completely rebuilt in a new language without affecting the system as a whole, as long as the APIs remain stable.

It doesn’t matter what language you use to develop microservices, developers will face issues which other developers might have encountered before. To define a design pattern, they are formalized and abstract solutions to recurring problems in computer science and a number of them are specifically for microservices, which includes: