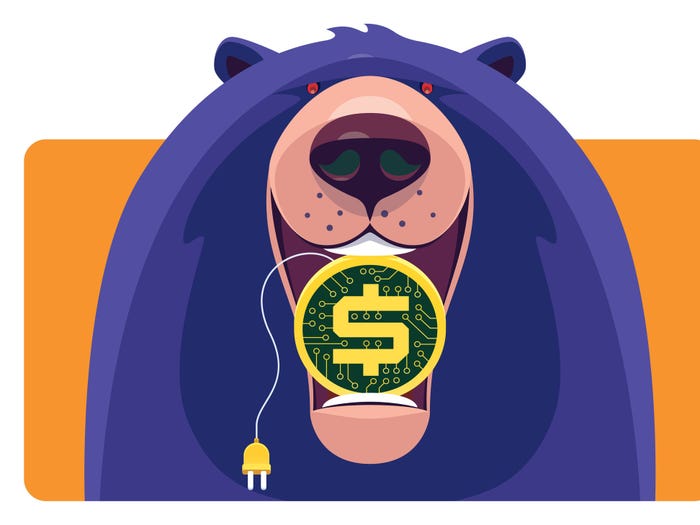 Are Altcoins Worth Your Money?, Things Every Investor Should Know About Altcoins, What are Altcoins?, will 2022 be the year of altcoins?

Even though the crypto market has been around for years, it still continues to be a highly speculative ground, even for seasoned investors. In such cases, it can be relatively difficult to be 100% sure about the market’s upcoming trends. Still, one can certainly predict which cryptocurrencies can have a promising future in the long run, depending on their past performance and roadmap released by the respective developers.

Everyone seems to be aware of Bitcoin, but did you know there are around 14,000 cryptocurrencies in the market as of November 2021?  The race to become an active and important member of the crypto space has given rise to several cryptocurrencies, and for the sake of easy categorization, all other cryptocurrencies besides Bitcoin are called altcoins. A problem investors’ face is deciding whether to stick to Bitcoin or bet high on the altcoins of their choice. If you’re on the fence, nowadays, deciding whether to go ahead with altcoins in 2022 or not, read till the end.

As mentioned earlier, altcoins are cryptocurrencies other than Bitcoins. Most altcoins have the same framework as that of Bitcoin; hence, both share various characteristics yet are distinct. For example, some altcoins use a different consensus mechanism than Bitcoin to validate transactions or create additional blocks. Some like Ethereum also differ themselves by providing additional capabilities like advanced smart contracts. It is why altcoins like Ethereum are racing fast to overtake Bitcoin in the future.

You may also like :  Top Ways to Find the Best CFD Trading Platform

If you convert 1 ETH to INR, you’ll see how far some altcoins have come. Ethereum is just one of the many altcoins that have grabbed a prominent space in the cryptocurrency market and have given spectacular returns to their investors. Although the price trend of various altcoins tends to mimic Bitcoin’s trajectory, it is expected that with the growing market and potentials, altcoins will soon become independent of Bitcoin’s trading signals and have their own price movements. It can be viewed as a positive by those willing to invest in altcoins this year.

Things Every Investor Should Know About Altcoins

The name altcoin has been coined by using the terms “alternative” and “coin.” These coins share the same code and function as that of Bitcoin, but there can be certain exceptions to it. Though most altcoins aim to become peer-to-peer financial payment systems, like Bitcoin, some aspire to replace Bitcoin by providing extra value. As altcoins are also relatively inexpensive means of conducting digital transactions, people have high expectations from it.

Bitcoin may have set the benchmark for the development of other cryptocurrencies; it has its shortcomings that need to be addressed. Its consensus mechanism, for example, is Proof-of-Work (POW), which is both time and energy-consuming. The smart contracts executed by Bitcoins are also very limited in scope. It is where other altcoins take the stage. Take Litecoin, for example. This coin is also a popular digital token and is constantly trying to reach the top five spots. When you convert Litecoin to INR in current times or measure its price trends against other coins, you’ll notice how well altcoins are performing in the markets.

You may also like :  acCan Cryptocurrency Be Used For Purchases

What is making investors bet big on altcoins is their ability to tackle issues of scalability and sustainability, which Bitcoin seems to care less about. It is because of these reasons that investors have now started to take altcoins seriously, and 2022 is expected to be the much-awaited year of altcoins for all the right reasons.

Are Altcoins Worth Your Money?

It is believed that around 60% of the crypto market is made up of and dominated by Bitcoin and Ethereum. The remaining 40% comprises the remaining altcoins. In such a scenario, comparing Bitcoins to all the altcoins out there will be unfair. But one can certainly have high expectations from the top-performing altcoins like Ethereum that have made a name for themselves in the market.

According to experts, there are around 14,000 altcoins in the market, and not all will survive in the long run. The coins that don’t offer distinct value or serve a particular purpose that others don’t, will ultimately perish. So if you want to invest your money on altcoins that won’t disappoint you, start searching for digital coins that are solving a real-world problem, like Ethereum. While Bitcoin aims to replace the existing financial system, Ethereum, the second most popular cryptocurrency, and famous altcoin offers an advanced network to developers wherein they can create dApps using smart contracts.

You may also like :  Online profitable trading by bitcoin code:

In this example, one can clearly see how Ethereum, an altcoin, is offering a unique solution to people. Your job as an investor, new or seasoned, is to identify similar other altcoins that are distinct in their offerings and will be relevant even after years of market upheaval.

Cryptocurrency, as a market, is still highly speculative, and there is no definitive metric to evaluate the different digital coins. This market is ideal for investors who are willing to take outsized risk on their investment, and are able to handle the dramatic price swings. If this sounds like you, investing in altcoins in 2022 might be just right for you

Are Altcoins Worth Your Money?, Things Every Investor Should Know About Altcoins, What are Altcoins?, will 2022 be the year of altcoins?
Share 0
Tweet 0
Share 0
Pin 0
{"email":"Email address invalid","url":"Website address invalid","required":"Required field missing"}