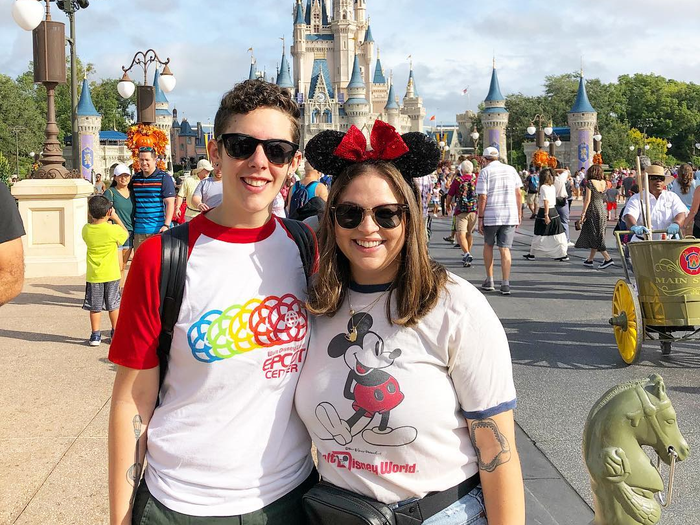 Are your Kids huge Disney fans? Here is what you can Do on their Birthday

Satisfying a Disney fan on their birthday may look like an easy task, but it really isn’t, especially with so many options available in the market. To help you make it special and memorable for your little one, I have enlisted five creative ideas to amaze your kid.

Every kid wants to live in the magical world of Disney and enjoy fun rides there. You can bring joyful rides from the doors of the magic kingdom to your garden and fill your child’s birthday with happiness. You have to buy 5 in 1 Kids Magic kingdom bounce house for this.

It has long slides, a climbing wall, a large jumping area, and a basketball court to provide the child with the enjoyment of the magic world. This house doesn’t require high maintenance and is safe for kids. The cleaning process is also easy, so parents don’t need to spend much time cleaning it after the party.

Further, kids will be busy bouncing all day and allow parents time to chill and interact with each other. Don’t forget to make arrangements for a relaxing area and lots of water for the children.

Disney has lots of animal characters. An animal kingdom-themed party is a great way to surprise your kid. You can include different activities to keep them active during the entire party – out of which I have mentioned two –

One is the dinosaur dig, and another one is an animal safari hunt. For the first one, you need a set of dinosaur egg toys with mini dinosaurs, play sand, sandboxes, and sand digging toy tools for the dinosaur dig game. Next, put dinosaur eggs within the soil and ask kids to dig their own dinosaurs.

And for an animal safari hunt, you can print pictures of animals and stuff them in a chosen area of your garden. Then you have to lead the kids on the same path with some cues and instruct them to find at least three animals.

If you want to create the Disney world in your home, then decorating it with Disney world’s decorative items and foods will be a great idea.

Design multiple food tables with kids’ favorite items like pizza, hot dogs, ice cream, candy, chocolate cookies, etc. so that they can have the best of both worlds – tasty food and a themed party.

Arrange various Disney characters’ name tags and let the kids wear them during the party. Make a rule that they have to call each other by the mentioned name on the name tag to double the fun. You can also ask your kids’ friends and parents to come in Disney costumes.

Order a cake with your little one’s favorite Disney character to make it more special.

A Disney fan will never get enough of Disney movies, so why not spend the evening watching your child’s favorite movie?

You can take the kids to the nearby theater, but it can get exhausting. So, instead, organize a movie night in your garden. You just need one white sheet and a movie projector. Next, take a Disney+ Subscription and play your kid’s favorite movie or one that has been recently released.

Don’t forget to hand popcorn tubs to the kids along with the drinks of their choice. Design the ground with pillows and bed sheets so they can relax while watching the movie.

After all the party fun is over, send the kids home with something exciting. You can explore several Disney gifts online like fairy wands, stickers of Disney princesses, tote bags of Disney characters, rings, and earrings of Disney cartoons and princesses…. and the list is practically endless.

If you buy Disney gifts in Australia, you will also be able to leverage several discounts available in online stores and offline shops. So, make a wise and informed decision.

You can pick any one or all ideas from this list to make your kid’s birthday special. If you want to walk the extra mile, you can also hire a clown or a Disney-themed character to entertain the children for the day.