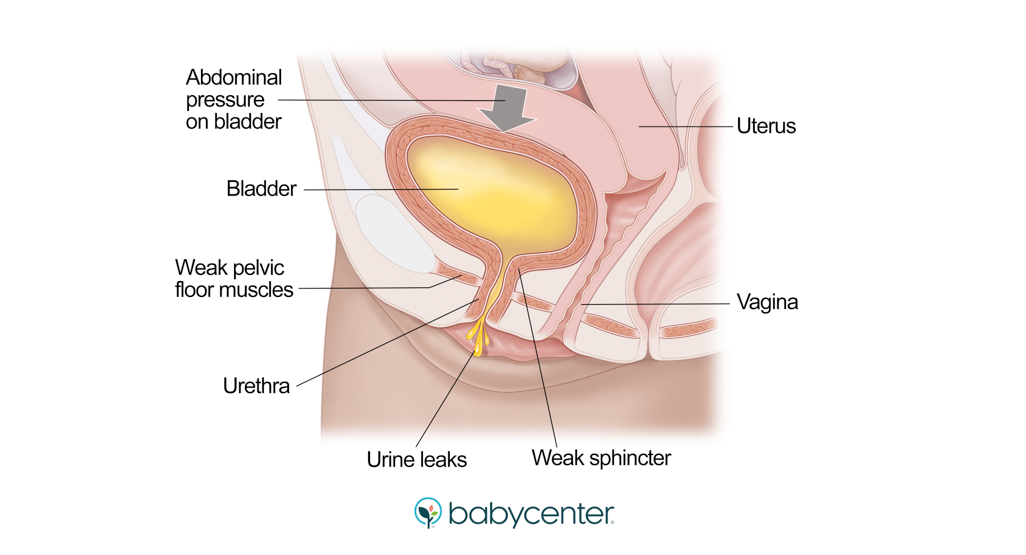 How to Deal with Incontinence during Pregnancy?

Urinary incontinence affects millions of Americans, with women experiencing the disease twice as often as males. Bladder control issues are way more common in women due to the physiological changes during pregnancy and delivery. As per the National Association for Continence, the majority of stress-incontinent women report their symptoms began either during pregnancy or later. Most of the healthy individuals in one research developed urine incontinence during the first and third trimesters.

However, incontinence issues may not have to be a part of your pregnancy.

Why Does Pregnancy Incontinence Occur During Pregnancy?

The natural relaxation and contraction of your urethra might be disrupted by pregnancy. Stress incontinence can be caused by hormonal changes during pregnancy and increased pressure on the bladder from the uterus.  You may urinate whenever you sneeze, cough, or laugh if you have stress incontinence. Leakage can also be caused by walking, jogging, or exercising.

According to scientists, women who have a genetic history of incontinence, have a higher Body Mass Index, increase more than the appropriate amount of weight through pregnancy, and are over 30 years of age when they get conceived are also at a greater risk of incontinence.

You may also like :  11 Benefits of Ginger Water for Weight Loss

How to Prevent Incontinence during Pregnancy

When you’re expecting, the pregnancy incontinence doesn’t have to ruin your life. And here is what should be done to prevent leakage:

Plan your bathroom breaks. There’s really no getting around this one: once you’re expecting, you’ll have to excuse yourselves more frequently to use the ladies’ restroom. Being more aware of this can assist you in avoiding leaks. It is generally recommended to go to the restroom at least every 2 hours. That may entail arranging toilet breaks into your day so you don’t end up with an overflowing bladder whenever you can’t get to a lavatory.

Kegel exercises should be practised. Kegel exercises assist in improving the pelvic muscles and preventing leaks, but they require practice. If you’ve never practiced a Kegel before, begin by halting the flow of pee the next time whenever you urinate. Kegel exercises are performed by contracting those muscles, and they may be performed at any time during the day, regardless your bladder is empty or full.

Simply engage the very same muscles that you would use to halt the outflow of pee, hold the tension for a count of 12, and then relax. The Association of Obstetricians and Gynecologists recommends practising Kegel exercises 15 to 20 repetitions in a row three times each day.

You may also like :  7 Arguments to Turn to Experts to Write My Lab Report for Me

Take note of any weight increase. According to research, women who weigh heavier when they become pregnant or acquire an abnormally large weight throughout pregnancy are more likely to suffer urine incontinence.

Will Incontinence Persist After Pregnancy?

Pregnancy and vaginal birth can strain and weaken the muscles that support the pelvis. As a consequence, even after giving birth, you might leak urine or even have difficulty peeing.

Is There an Unexpressed Epidemic here?

Regrettably, many women suffering from incontinence do not inform their physicians. Some experts believe it’s because women do not perceive a few drips of leakage as a reason for concern, or they are too ashamed to address leakage with their physicians.

You may also like :  Dehydration is a Common Cause of Back Pain, Water is the solution

However, no degree of urine incontinence should be permitted. If urine incontinence develops a problem during your pregnancy or does not resolve after delivery, notify your doctor so that you can be treated. Meanwhile, take solace in knowing that there are methods in place to reduce the likelihood of such humiliating and painful leaks happening in the first place

When Should You Consult a Medical Expert About Incontinence?

If you are still experiencing bladder issues four to eight weeks after giving birth, consult your doctor. Urine leakage by accident might indicate that you have another medical and health issue. The lack of bladder control should indeed be addressed as soon as possible, or it might become a long-term issue.