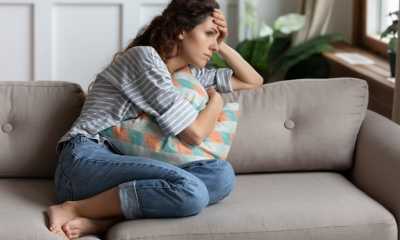 Top Five Psychiatric Disorders that are Rapidly Taking Over the World

Although the world is getting advanced by the day, there are still a lot of stigmas attached to mental health disorders. People hide their psychiatric illnesses to skip the label of ‘being crazy.’

Well, having a mental health disorder doesn’t make you crazy. It’s as normal as having a physical ailment. The first step is to accept the condition and for that, the world needs awareness. In this article today, I’m going to share with you the top five psychiatric illnesses that are rapidly taking over the world. Have a look:

Major depressive disorder, generally known as depression, is the most common mental health disorder these days. As per the WHO report, around 280 million people in the world have depression. It is equally common in both males and females.

Post-traumatic stress disorder, commonly referred to as PTSD, is another common mental health disorder. Even though many people believe that PTSD is only found in military men and those who are exposed to a war or something, it’s not true. Anyone who has experienced a traumatic experience can have PTSD.

You may also like :  9 Simple Methods to Prevent Diabetes Immediately

Obsessive-compulsive disorder, commonly referred to as OCD, also affects millions of people worldwide. As mentioned by the National Institute of Mental Health, an estimated 1.2% of adults in the US have had OCD in the past year. Also, the disorder is more common in females than males.

So there you have it! The ones mentioned above are a few mental health disorders that are eating away the world. Knowing the symptoms and treatment options beforehand can save you from getting into trouble in the future. Stay safe, my pals!