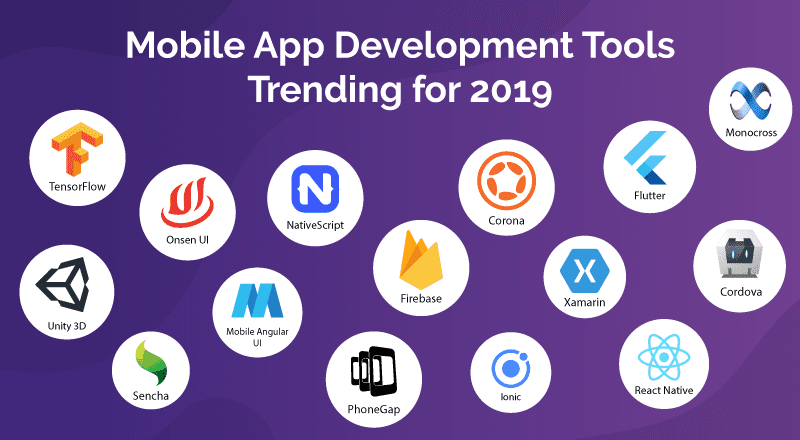 No wonder mobile apps have taken the world by storm. And it has brought a significant change in almost every other industry and business sector.

Currently, Android apps are quite popular across the globe. According to recent research, it has been observed that nearly 2.8 million android apps are available on the Play Store, which is usually higher than the availability of 2.2 million iPhone apps on the App Store.

Having said that, the demand for android apps is increasing with every passing day compared to iOS or Windows apps. Therefore, the need for expert android app developers also upsurges.

There are several app development companies operating both locally and internationally. However, if you’re particularly looking for android services, you should hire an android app developer that holds strong technical skills.

Any custom software development company uses the following tools and technologies to work for clients across various industries and verticals.

Android Studio is one of the most captivating IDEs (Integrated Development Environment) used by android developers these days. This one is highly preferable for building android applications due to numerous reasons.

Firstly, it gives an interface where developers can easily write codes. Secondly, it facilitates code editing, debugging, and testing of apps. Lastly, it gives access to several high-end tools which are free to use.

In a nutshell, Android Studio is highly recommended by Google as well as android developers. This platform is free to download, and it was created by Google itself backed in 2013.

Another highly useful IDE for android app development is Eclipse. It was quite popular and supported by Google before the creation of Android Studio. However, Google no longer supports the Eclipse interface. Still, many developers are using it as it allows developers to create cross-platform apps with distinct programming languages easily and hassle-free.

One of the most extensive tools used for creating android games is a Game Maker. This one is easy to use and requires less coding. Besides, it’s a user-friendly platform that allows the development of 2D games. Just by using a simple drop and drag interface, you can easily create games. Additionally, this platform is highly beneficial for novice developers.

Android Debug Bridge is a communication tool. Developers mostly used it to connect android devices with other peripherals gadgets that will be used during the development phase and other QA and debugging processes.

AVD Manager is also called the Android Virtual Device. Generally, it’s an emulator used to run android apps on windows and PCs. This feature is highly interactive as it gives an opportunity to developers to work with all sorts of android devices. Additionally, it allows for testing apps’ performance on different screen sizes and resolutions.

You may also like :  How to Set Up a Home Office for Remote Work

Flutter is an open-source library used for developing iOS and Android apps. With the help of Flutter, you can easily build native and cross-platform apps, write codes, test them, and compile them. The most amazing part is that you don’t need to write two separate codes for two different platforms. All you require is a single codebase for those two platforms.

Java and Kotlin both are extensively used programming languages for android app development.

Nonetheless, Kotlin is still underway, and more research is required to use it for creating android apps.

Geny motion is another remarkable emulator particularly used for testing and previewing apps on a large variety of devices.

This platform is highly in demand among android gamers because it features pre-installed gaming libraries, flawless graphics, and exceptional images that would be beneficial for developers during the testing process. Other than that, it actually offers better speed compared to testing an app on any android device.

You may also like :  Waterdrop™ Water Pitcher Filter Review

Simply put, Geny motion is a cross-platform development tool that supports a wide range of distinct programming languages and interfaces.

Gradle is one of the greatest tools used for developing large, multi-faceted android apps, including Java. It was first endorsed by Google in 2013. Developers mostly used Gradle in addition to Android Studio as the two of them help in adding external libraries easily by wiring a single line of code.

Nimble Droid is an outstanding platform for testing android apps. With this platform, you can test bugs, viruses, and other technical issues before launching an app on Google Play Store. Besides, this platform speeds up the entire QA process, which ultimately assists in rolling out the app quickly and timely. Moreover, it’s not free to use. However, you can check their pricing plans on their official website.

Unreal Engine is also a game development platform similar to Unity 3D. Its an open-source, cross-platform interface used for developing cutting-edge, immersive games. That being said, Unreal Engine limits the need for writing long codes. So, in order to use this platform, one must not need to be an expert in programming. This platform is highly appreciable for novice developers who have just started out their careers in the gaming industry.

You may also like :  8 Steps to Maintaining Self-Motivation Through Difficult Times

Are you planning to develop a spectacular android app for your business? Are you searching for efficient android app development services in Houston? Without a second thought, collaborate with any reliable team of app developers in Houston. Undoubtedly, Developers in Houston possess strong analytical and problem-solving skills that match perfectly with the Silicon Valley Standards. Plus, their services are quite affordable, too.