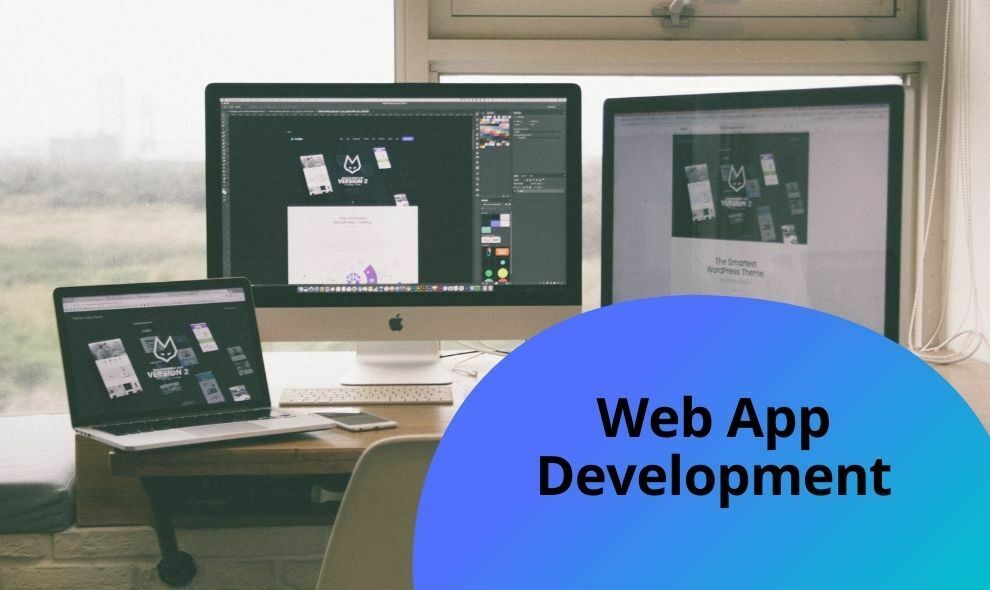 In the past few years, enterprises have witnessed an immense shift from legacy software to technologically advanced and modern web applications. This transformation took place to meet the rising demands of the modern business environment. With everything evolving rapidly, businesses have started to imply multilingual practices and cloud-native strategies.

Speaking of which, even a reliable web application development company relies on a multilingual approach to create better flexibility, velocity and interoperations when we talk about web app development language. So If you need to fulfill the goals and objectives of your business, you need to come up with a similar practice with your business application.

Python and JavaScript have always been in close competition. When it comes to enterprise application development, JS managed to remain at the primary position in every trend. JavaScript is well versed with both HTML and CSS to offer us interactive applications.

Due to its versatile functionality, JS has even become a go-to language for several web application development companies. According to a Google study, 68% of the developers’ program in JavaScript. What makes it so unique?

Well, first of all, JS is powerful and flexible. It can be used in both frontend and backend development. Secondly, the language contains a wide range of frameworks and libraries that allow developers to build complex applications with less overhead. In short, JavaScript makes the entire app development process smoother and more accessible.

Python has occupied the second position in the list of top most programming languages in web development. It has always been the most versatile language of all. Python comes with the most simple scripts and links to the database, bringing you to ease at work. The best part of this language is its ability to create a neural network for AI, which is the need of the hour for many enterprises.

Moreover, Python has a massive standard library that offers numerous features. The constant compatibility of the language with major operating systems makes it handy for app development. One thing that you need to remember is that developers have made progress to Python 3 since Python had been discontinued in 2020.

Although every trend suggests that Java will disappear from the top list, we believe Java has still got it. Some of the major tech giants like Google, Amazon, Netflix and Instagram support Java which means the language continues to shine.

If you are wondering why still Java, here’s an answer. Java provides a simple, flexible and reusable code that is easily understandable to an application’s UI. One of the core benefits of the language is its high degree of platform independence. Java is updated every six months irrespective of the mishappenings and the pandemic around, which proves the stability of the language.

Microsoft developed C# as a faster and more secure variant of C and C++. It’s been two decades since its release, and the language is still favorable to many full-fledged enterprises. From the study of PYPL (Popularity of Programming language Index), C# stands fourth in the list of top web app languages.

C# is a straight forward object-oriented language designed explicitly for CLI. It also contains runtime settings and executable codes. The language runs on CRL that guarantees easy integration of components written in multiple languages. C# is also known for its rich class of libraries that automatically speed up the development process. C# also continues to be popular due to constant investment from Microsoft and huge documentation availability.

PHP is utilized by almost 79% of all the websites such as Wikipedia, Tumblr and Facebook. PHP is another open-source language that contains a large set of pre-built tools and modules. Its versatility has made it an ideal language to build static and dynamic websites. PHP has a long history, and maybe that’s why many developers produce libraries, frameworks and automation tools to make its development faster and easier.

This programming language is relatively easy to understand and learn. PHP directly fetches data out of the database. It also enables direct embedding to HTML for web application development. PHP never witnessed a steep learning curve which makes it favorable to plenty of enterprises and developers.

You may also like :  8 Steps to Maintaining Self-Motivation Through Difficult Times

All the programming languages significantly change their positions based on the user demand. The uses of the language, as mentioned earlier, highly vary due to the process and trends. Therefore, a scalable custom web app development company tries a flexible approach to introduce these languages to the world in even more innovative ways. Nevertheless, you can rely on all these programming languages for your next web application Project.