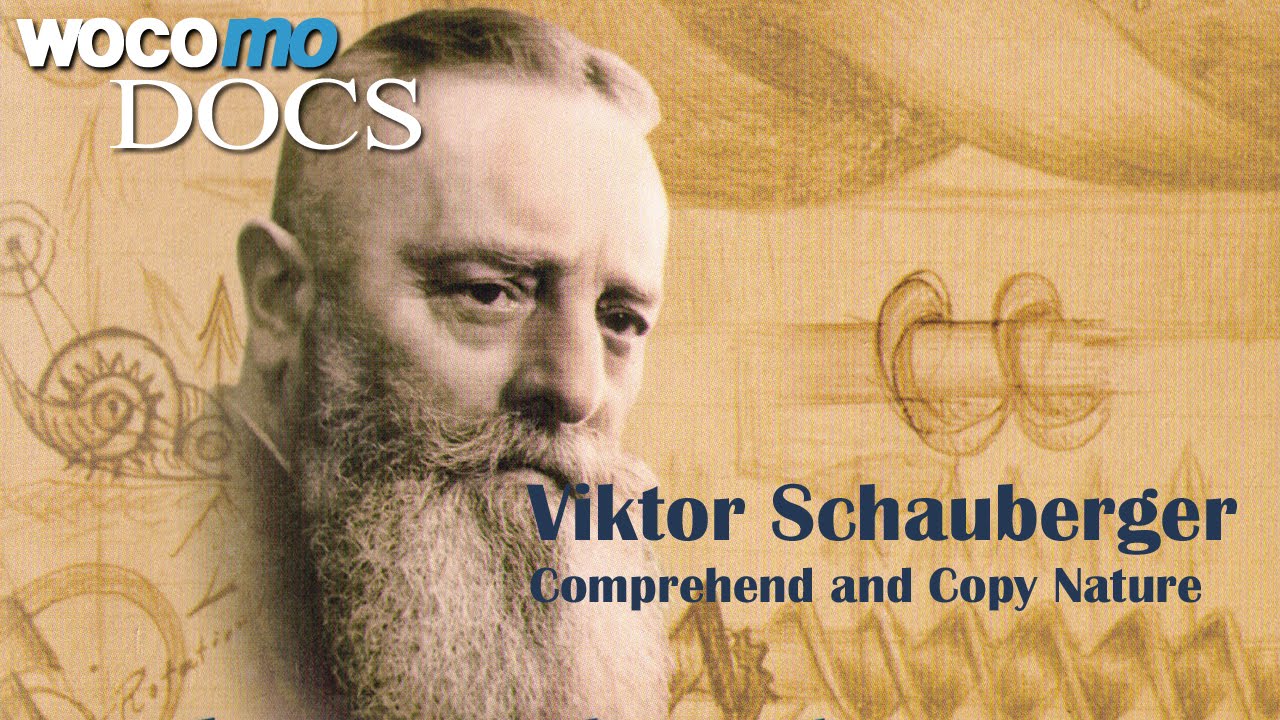 The Nature of Water – Viktor Schauberger

Water is an inseparable part of our lives. After all, we need it to stay alive – a person can only go about 3 days without water. Our health and bodily functions heavily depend on sufficient water intake. As a general rule, we need to take up to 2 liters of water daily to ensure that our body operates at its optimal level. With all this in mind, we also need water for our daily activities such as cleaning, showering, doing laundry, gardening, production of goods…

None of what we said by now is news to anyone. It’s just stating facts. However, not all of us realize the importance of considering water’s natural needs. In fact, the way we collect, treat, and use water disrupts its molecular structure and affects its benefits. Resultantly, it loses its natural properties, causing harm to our health as well as the environment.

In this article, we will talk about Viktor Schauberger, an Austrian scientist, forester, and inventor. He was one of the first ones to notice and highlight the importance of developing a water treatment system that takes water’s natural needs into account, restoring its molecular equilibrium, and utilizing its benefits.

The Secrets of Water: the Work of Viktor Schauberger

You may also like :  UV 8 inch Barrel + Lamp Set for all Kind of RO/UV Water Purifiers

Viktor Schauberger dedicated his whole life to observing and studying water and its properties. He noticed that in natural waterways such as rivers and streams, water flows in vortex-like motions, never settling, never stopping. In fact, this simple observation led him to conclude that the properties of the water change when we take it out of its natural flow form.

After some research, he found out why – the deal was in water’s unique molecular structure, which can change after treating it in a way that is unnatural for water, that in fact, water’s natural flow form is what secures its micro-clustered molecular structure, responsible for its properties.

The Consequences Of Unnatural Water Treatment

Now let’s see what exactly Viktor Schauberger meant. We use harsh treatment methods towards water – pump it with high pressure, introduce it to chemicals, put it through narrow pipes… Because of this, water molecules change the arrangement. Chemically, it stays the same, but structurally, its natural equilibrium is disrupted.

Water becomes heavier to consume because large molecular clusters are harder to absorb for our body. If you ever felt heavy after consuming a large amount of water, you get what we mean. Because of this, we often restrain from drinking a sufficient amount of water. Not only us but our plants are affected by this. They have a hard time absorbing water from the soil, which makes it problematic for them to get enough nutrients to ensure optimal growth and development.

You may also like :  RO vs UV vs UF – Major Differences of Water Purifiers Explained !

That’s not all. Naturally, water has antimicrobial properties, which make it robust against bacteria and viruses. This property is also lost after the water’s structure changes. In fact, this is exactly why municipalities add chlorine to water reservoirs as it’s prone to growing bacteria. However, added chlorine is not enough. That’s why we often experience smelly rugs and towels after we leave them damp for some time.

Other problems such as hard water, mineral buildup, pH imbalance, odor, and discoloration are often products of the same issue – the water’s disrupted molecular structure.

And let’s not forget that while these problems affect each and every one of us, they also worsen the environmental crisis as the water leaving our homes and commercial facilities goes back to natural waterways.

Having realized the root of water problems, Viktor Schauberger invented a water treatment solution that puts water through the powerful vortex-like motion, mimicking its natural flow in nature. That way, he was able to restore water’s micro-clustered molecular arrangement, which revived its natural properties as well. He called this phenomenon an implosion in water – the opposite term of explosion.

Unfortunately, Viktor Schauberger’s findings were not taken seriously by his peers to which Viktor commented: “They call me deranged. The hope is that they are right. It is of no greater or lesser import for another fool to wander the earth. But if I am right and science is wrong – then may the Lord God have mercy on mankind”.

You may also like :  What is Drinking Water Purification ? All Methods Explained

As decades passed, humankind has faced the critical water situation Schauberger warned us about. Fortunately, his work was revisited by modern scientists, which led to developing water treatment solutions that were inspired by his visions. One of such treatments is called The Vortex Water Revitalizer™.

It puts water through the vortex, which restores its natural molecular structure, health, and vitality. This treatment solution is available for both residential and commercial use and has been successfully tested and positively reviewed by hundreds. The company that produces The Vortex Water Revitalizer™ shares Viktor Schauberger’s visions and aims to bring a positive change to the world one consumer at a time.

We encourage you to learn more about numerous applications and benefits of The Vortex Water Revitalizer™ and you’ll see that it is almost a necessity to have!

Viktor Schauberger’s work is unique not only because of his findings regarding water. His books are filled with a pearl of tremendous wisdom that can be applied to many aspects of our lives. Let’s take a look at the couple of Viktor Schauberger quotes:

“The majority believes that everything hard to comprehend must be very profound. This is incorrect. What is hard to understand is what is immature, unclear, and often false. The highest wisdom is simple and passes through the brain directly into the heart.”

You may also like :  Bottled Water vs RO Purified Water, which is better ?

“The human is a being created according to Nature’s laws and is therefore dependent upon them. In the course of time our magnum opus, our self-created pseudo-culture, has become a meaningless and incoherent monstrosity. Through the immense power of technology, it has reached such gargantuan proportions that it almost equals the power of Nature herself. At the very least it is already able to interfere destructively with her great life-giving functions.”

“How else should it be done then?”, was always the immediate question. The answer is simple: “Exactly in the opposite way that it is done today!”