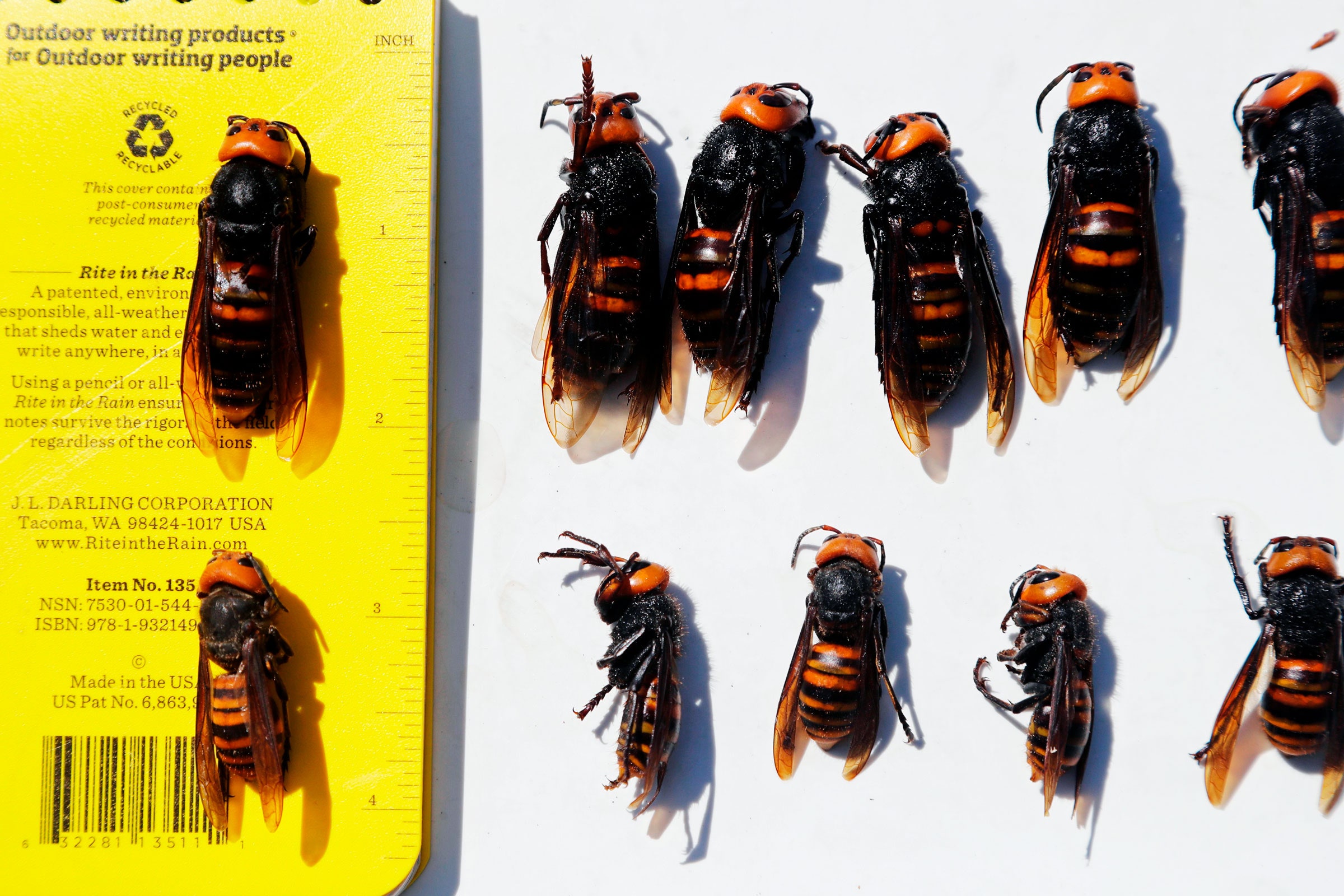 If the name “Murder Hornet” alone isn’t menacing enough to frighten you, the prospect of painful stings of the murder hornet and its ability to decimate the hives of honey bees in mere hours should give you pause.

Fighting off the murder hornet should become easier to handle when we have all the details of its genetic makeup. And in order to learn about an organism’s genetics, you need to scan its genome.

In an effort to combat the new scourge from the insect kingdom, scientists are using cutting-edge tools to perform next generation sequencing as they work to map the genome of the murder hornet.

The Threat to Bees and Our Food Supply

Bees are instrumental in pollinating our crops. Without bees in the mix, the entire food industry and supply chain would break down. But murder hornets attack honey bees with, well, murderous rage.

A report from PacBio explains that “a spread of the Asian giant hornets in North America would be dangerous because the insects attack the hives of the European honey bees that farmers rely upon to pollinate the European crops that are also grown in the United States, such as almonds.”

While humans are well-advised to avoid contact with murder hornets because of the painful stings, we also need to keep these insects away from our food crops.

You may also like :  Switch to the Digital mode for Gold Loans

Benefits of Using NGS to Map the Murder Hornet’s Genes

It’s useful to employ next generation sequencing techniques to scan the murder hornet’s genome. NGS is a high-speed, massively parallel computer-based approach to scan through genetic sequences, and finding patterns.

As Wired noted, researchers from the United States Department of Agriculture issued the hornet’s genome in 2020. Instead of merely sitting on the data and doing their own studies and analysis, they wanted to get this information out into the world as quickly as possible. That would allow for a worldwide effort to fight against the hornets.

The most immediately beneficial outcome is that researchers can use the data to identify and keep track of the spread of the murder hornet as it travels through America. That helps in preparing mitigation programs and coming up with a strategy to protect people as well as honey bees.

But further down the line, all the genetic information from murder hornets could help scientists understand the nature of their venom, so we can create a quick and easy anti-venom solution for those who have been stung by the flying monsters.

What’s more, the genetic details may hold clues to help scientists come up with viruses or chemical agents to stop the murder hornet’s rampages, per Wired. At the very least, having the full genome is a boon for scientists who are charged with keeping track of the murder hornet’s movement in the United States.

You may also like :  Difference Between Operational Intelligence and Business Intelligence

Using NGS to Cut Through The Buzz Around Murder Hornets

Work is nowhere nearly being done with NGS scans of murder hornets. That’s because different members of the murder hornet family may pose different levels of threats against our growing foods, our honey bees, and of course the ongoing possibility of people being injured or even killed in reaction to an onslaught of stinging attacks.

Knowing your enemy as thoroughly as possible is an essential task in any war, and this includes humanity’s battle with the aptly-named murder hornets. They may continue to mutate and have offspring with different levels of murderous capability, but they present a threat overall that we must combat.

Of course, the scientific community’s work to map the entire genome of the murder hornet also represents an exciting step forward in our apprehension and understanding of the natural world in general.