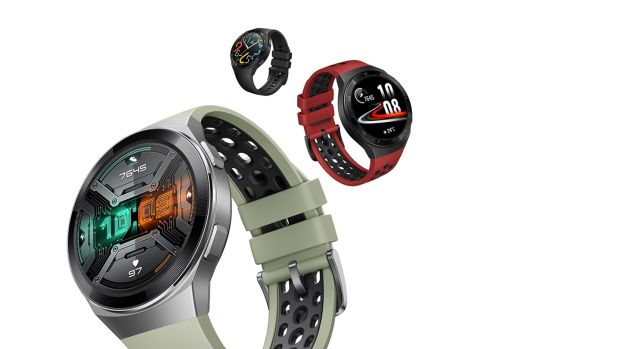 In the world of fitness watches, you have to pay a premium to receive the most advanced features. Premium smartwatch brands will cost you at least hundreds of dollars, if not more. The $200-$300 fitness watch sector has been neglected in recent years, and Huawei’s latest smartwatch, the Huawei Watch GT 2e, is seeking to fill that need. Let’s take a look at the features included in the Huawei Watch GT 2e.

The Watch GT 2e features a sportier appearance than its predecessor. Between GT 2e and GT 2, there are three major distinctions. To begin with, the side buttons have been modified to be flatter, making it more difficult to press them accidentally while bending your wrist during activities. They are on the right side of the cover. One button is for your app list and one that you can customize. The buttons have been moved closer to the edge of the case.

Second, the bezel around the display has grown in size, and the numerals have been removed. Finally, because the attachment part has been modified, the wristband/strap connects easily to the watch case.

Icy White (our unit), Lava Red, and Mint Green are among the color options, all of which suggest a more sporty attitude. New perforated straps are now available to allow the skin to breathe.

You may also like :  Is ExpressVPN better than NordVPN?

It is a huge watch with a 47mm casing that not only appears, but also is larger than it should be in order to appeal to all possible buyers. It weighs roughly 50 grams, with dimensions of 53 x 46.8 x 10.8 mm. A 42mm version of the predecessor, the Watch GT2, is available for individuals who want a smaller form factor.

The display is a sleek 1.39-inch AMOLED touchscreen with a brilliant 454 x 454 resolution and a 326ppi pixel density. This is hidden beneath a smooth panel glass that continues to the watch face’s rim and is rounded off at the edges for a seamless appearance. It’s not only attractive, but it’s also quick and responsive.

Because of the large design, there is enough room for a large display. When you’re out for a run, the AMOLED panel provides lots of contrast, so you won’t have any problems seeing outside. The GT 2e also excels in terms of brightness.

HUAWEI kept most of the features of the predecessor, including the Kirin A1 processor and the stunning 1.39-inch AMOLED display with a resolution of 454454 pixels. It also has 4GB of memory and a large 455mAh battery.

HUAWEI has removed the speaker from the Watch GT 2e, so you won’t be able to take calls on your wrist. Bluetooth, GPS, and all of the sensors such as Accelerometer, gyroscope, geomagnetic, optical heart rate, ambient light, air pressure, and capacitive sensor have been retained.

You may also like :  Top 7 Ways To Protect Yourself While Browsing The Internet: By Cybersecurity Experts

It charges through a magnetic charging dock that you can connect directly to a charger via USB Type C, and it has a battery life of up to two weeks on a full charge. The time frame will be reduced slightly if the always-on display is turned on. Continuous heart rate and stress level monitoring will also be possible.

The Huawei Watch GT 2e is a sleek and modern wristwatch with an even more stunning price tag, especially when you consider its extensive activity tracking and general smartwatch functions. The Huawei Watch GT 2e has an RRP of £159.99. You’ll likely find it for substantially less than the suggested retail price on Amazon.